Sonic the Hedgehog rom, or simply Sonic 1, is a platformer game released in 1991 kickstarting one of the most popular video game franchise. It introduced the concept of a high-speed action game, the first of its kind. Sonic the Hedgehog later become a defining game and a mascot for its creator company. 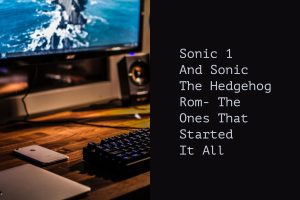 It established the Mega Drive console system, a much more powerful system than its predecessor the Master console. Its 16-bit graphics allowed for faster gameplay, later dubbed as “blast processing”.  A PC only sonic the hedgehog rom version was later released in October 2010.

Sonic the Hedgehog is identical to most of the platformers of the time but focused on the high-speed gameplay and quick reflex system. Sonic, the titular character, could not only run and jump but gain lightning speed if there are no obstacles or interruptions, can roll into a ball, spin kick his enemies( the “spin dash”), and launch himself in the air.

An essential feature of the game is the gold rings that Sonic can use to protect himself from losing a life. If the player gets injured without collecting a single ring, he/she loses a life. Collecting a hundred rings will give the player an extra life( if he/she doesn’t lose the rings). The god rings would later become a defining aspect of the game and Sonic’s character.

Other important items include:

The original game was one of the biggest hits of 1991. It was acclaimed by the critics, audience as well as professional gamers. The gameplay, audio, and graphics were considered to be unique for the time and it established the parent company as one of the leading game developers. Sonic the Hedgehog is considered to be one of the best video games of all time and it started one of the most famous franchises of all time that would later expand into a comic book series and various television series.

An 8-bit alternate version was also created for the Master System. The mechanics and story were mostly the same but the graphics and gameplay were simplified exponentially.

A remastered version was released in 2013 in the wake of Sonic CD’s 2011 remaster.