The Sonic Spinball rom is a video game developed by Sega Technical Institute and published by Sega. It can be played in both single as well as multiplayer mode. The genre of the game is based on action and pinball. It is a part of the animated series `sonic the hedgehog`. 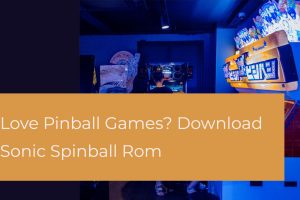 This game is rated 4 stars and takes only 505 KBs of the space in the gadget, in which the user downloads it. The player in the game is required to control the Sonic in stopping the robots, which aims to destroy the population in a pinball-like an environment. The Sonic in the game will act a pinball and will aim to target the switches to earn the `chaos emeralds`

It is a pinball game that requires the players to control the Sonic the hedgehog that will act like a pinball.  The game includes a total of 4 levels, where each level contains a large number of flippers (a pivoted arm).

All four levels are as follows:

The goal of the player in Sonic Spinball rom is to collect all the `chaos emerald` and defeat the boss at the end of each level. Collecting the chaos emerald and defeating the boss is not as easy as it looks. Many of the emeralds will be blocked by the obstacles, which will require the Sonic to hit on the available switches to clear the way and collect the emerald. Same in the case for heading towards the boss, where the player will need to make strategies to defeat the boss. The game also provides a hint to the players to defeat the boss and also appreciates the players as they move further.

The players will receive points by hitting the targets. Once all the flippers get hit or disappeared (in case of bonus round), then the new level arises. The player gets three lives in the game, and he will lose a life when the Sonic falls while targeting. Rewards will be gained by hitting the goals, destroying the enemies, collecting the rings and accumulating a total of 20 million points will give extra life to the player.